Italy’s Undiscovered Resorts – a great opportunity for those who are in the know!

European ski resorts are certainly nothing new in terms of tourism or popularity; however in recent years there has been a growing trend for skiers, especially beginners and intermediates to seek out and ski at some of Italy’s “diamond in the rough” resorts. Perhaps for some, intimidation of hitting the slopes on notorious resorts such as Tignes and Couramayeur is putting people off, aided by the lack of blue or red runs, or similarly, the result of mass tourism has created overcrowded pistes and extortionate prices, which is all just too daunting, especially for families with children.

So here are 3 undiscovered gems we have dug out to give food for thought. 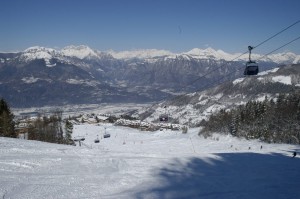 Montecampione in the Italian Alps, is one of the closest ski resorts to Bergamo (Italy’s Ryanair hub) being just an hour away, Fantastic views, well kept runs and surprisingly empty slopes with no queues at the lifts on most days. Great for beginners and intermediates and also for shorter ski breaks with no long transfer times.

Stretched over three mountains with 40 km’s of runs at reaching a height of 2000mts the resort offers ski chalets or hotels, there is even a luxury ski and spa package. Some of the best accommodation is found in the valley just below with packages starting from 95 pounds.

More importantly, lesser known resorts, including Montecampione, offer flexible date packages and often their ski hire and ski passes are included in the price. A check on a one week ski pass on Montecampione reveals it to be 30% less than it’s more distant and famous cousin, Passo di Tonale. A pizza on the slopes was 6 euro as opposed to 10 Euro in many larger resorts. Certainly the resort is not as extensive but for intermediates and beginners this is of little relevance with ski schools being more essential and Montecampione has 2 with over 80 instructors.

Presolana is little known yet described by many as a “ski paradise” for beginners or families with children. The laid back resort of Presolana benefits from great après ski at reasonable prices, and again, the short transfer time from Bergamo airport is a big plus. Being in the Italian Alps, Presolana’s many on-piste hotels are available at sometimes 25% less than you may expect and often with ski hire and ski passes included in the price. Taking a ski break here will allow you to experience the slopes of nearby Monte Pora as well, and if feeling more adventurous you can try hand at snowboarding in the Pora Snow Park. 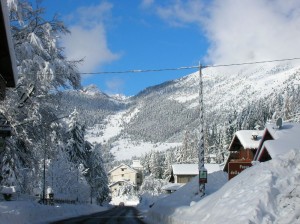 Piancavallo enjoys many of the perks associated with larger resorts in the Dolomites such as great infrastructure and modern ski lifts, and also boasts a short transfer time of one hour and a half from Venice Treviso airport. Yet ski breaks here come at only a fraction of the price you can expect to pay at neighbouring resorts in the Dolomites such as Madonna di Campiglio. Piancavallo is better equipped for beginners with 2 ski schools and no shortage of English speaking instructors and an insider tip is make sure get to the top of the slopes where you can take in the views of the Adriatic Coast on a clear day.

Perhaps it is a combination of factors such as price, transfer time, date flexibility, included ski pass and hire, excellent ski schools, budget flight availability and un-crowded slopes that have ignited the trend of discovering these fabulous resorts lying just under the radar of many. If you are one of the many skiers who want to explore away from the larger resorts and reap the benefits of skiing on a hidden gem off the beaten track then these three are the hot resorts to visit in 2011.

Further information and ski breaks to Montecampione (ski packages from £95 including ski pass and ski hire) Presolana and Piancavallo.