Supplied By the Hamburg Tourist Board 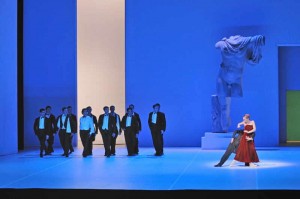 Hamburg, April 2010 (HHT) – Theatre and dance, museums and musicals, art and concerts – in Hamburg you are surrounded by culture. Whether you prefer classical or modern, traditional or avant-garde, Hamburg is a city that caters for every taste and is well worth discovering.

The Elbjazz Festival on 28 and 29 May 2010 is a hotly anticipated event. Hamburg’s port, the ‘gateway to the world’, will be transformed into a stage, with a series of 30 concerts taking place at ten different venues – an experience not to be missed. The line up promises high-calibre jazz performances, bringing together an eclectic mix of newcomers and legendary musicians, local stars and big international names, most notably Till Brönner, one of Germany’s best-known and most successful jazz musicians.

The concert venues are as unusual as they are exclusive – among them the deck of the Cap San Diego museum ship, the atrium of Unilever House in HafenCity and the medieval St. Katherine’s Church – all sure to provide a sensational backdrop for these exciting musical events.

The Elbjazz Festival also welcomes musicians from England. It features the Portico Quartet from London – who describe themselves as an indie band that plays postjazz and Arun Ghosh, a clarinettist whose Indian roots shine through in his music. Both bring a touch of the British jazz scene to Hamburg. 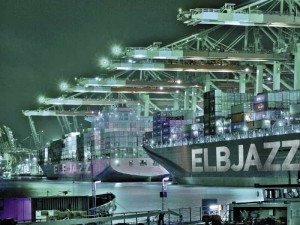 Another highlight in the city’s cultural calendar is the Hamburg Ballet Festival. Since 1975 it has been both the highlight and finale of the season for the Hamburg Ballet company, directed by John Neumeier, one of the most prominent names in international ballet. As director and chief choreographer, he is the inspiration behind the Hamburg Ballet and is responsible for the wide-ranging and varied repertoire for which the company is renowned.

The Hamburg Ballet Festival traditionally opens with a premiere and culminates in the Nijinsky Gala featuring international stars from the world of dance. The theme of the 2010 season is ‘Floating Worlds’. At the start of this year’s festival, opening on 13 June, the western world comes face to face with oriental styles of theatre with the premiere of ‘Seven Haiku of the Moon’ and ‘Seasons – The Colors of Time’. In addition to the repertoire of the Hamburg Ballet, the programme features guest appearances by other distinguished ballet companies and runs until 27 June.

This is only a small sample of the cultural attractions which Hamburg has to offer. With more than 40 theatres, just as many museums, 160 galleries and three state orchestras, Hamburg caters for every taste. Live entertainment thrives here, in a city where ‘anything goes’. In Hamburg, there is truly something for everyone.

Lufthansa serves Hamburg non-stop from London Heathrow and Manchester over 30 times a week.