Dancing with Glee at the Stiwt Theatre, Rhos, Wales 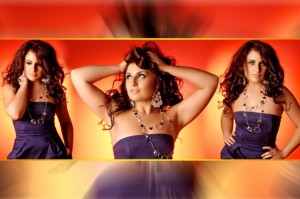 The audience will be dancing with glee as the ultimate tribute show hit’s the stage  in North East Wales on Saturday (June 11). The phenomenal success of the American TV series Glee, which first aired in 2009, has turned classic songs into new hits. Now, it’s being celebrated by a brand new show – Don’t Stop Believin’ at the Stiwt Theatre in Rhos, near Wrexham.

Simply bursting with energy the show features many hits including Don’t Stop Believin’, Rehab, Total Eclipse of the Heart, Somebody to Love and Express Yourself – plus a few real surprises. And fresh from winning the £1,000 top prize at the Wrex Factor Final held at the Stiwt, Flint’s Kayleigh Strong will be joining the top cast and performing two classic numbers from her favourite hit West End musicals.

Kayleigh, 22, says she was delighted to be asked to bring her considerable talent to the show and is really looking forward to performing on the night. She said: “I have only one ambition – to make it to the West End stage. In fact it’s all I have ever dreamed about. I was thrilled to win the Wrex Factor Final and delighted to be asked to join the cast of Don’t Stop Believing. I am doing two numbers, The Wizard and I, from the hit musical Wicked and On My Own from Les Miserables. I sang The Wizard and I when I won Wrex Factor.”

Kayleigh has a degree in Musical Theatre from Preston University and is currently saving hard to raise the finances so she can complete a Master’s Degree. She said: “Unfortunately I couldn’t afford to fund stage school so I’m doing it the hard way. I have appeared in a number of productions including the lead role in Dick Wittington for Tip Top Productions as well as other leading roles in shows such as Chicago while I was at university. I’m currently working in Kent as an entertainer at a holiday park but I am excited I am heading back to North Wales to join the cast of Don’t Stop Believing.”

Although Kayleigh appeared as a solo artist at the Wrex Factor Final she is also a member of Gwernymynydd-based group The Gleeks who have also been invited to appear in Don’t Stop Believing after wowing the Stiwt audience during Wrex Factor. Formed as a way of giving her brothers a chance to perform in public by 23-year-old Kayleigh Melluish, The Gleeks has turned into a labour of love and now boasts 12 talented members. Kayleigh says she entered the group into Wrex Factor just weeks after they were formed and, although she never thought they could win, she believed they were good enough to give it a go.  She said: “I watch Glee with my brothers, Justin and Dominic, and decided I wanted to give them a chance to perform. We booked our village hall and started putting a few songs together. We then held auditions and took on a few other members, mostly from Flintshire but we do have one group member from Guildon Sutton, Chester. We entered Wrex Factor within a week of forming so had very little time to rehearse to be honest. We did what’s called a mash up, a mix of two songs, in our case Thriller and Heads Will Roll. We didn’t win, Kayleigh, who performed solo, did but we were thrilled for her. As a result of our performance, however, we were contacted by the producer of Don’t Stop Believing, Lee Kelly and asked to join the cast for the one off performance at The Stiwt. Of course we are thrilled and are all really looking forward to it.”

Kayleigh, who runs a Stagecoach Theatre Art School franchise as well as helping out at a Tarporley fancy dress shop, added: “As a fan of Glee it’s a real privilege to be invited to join the cast for this show. It’s high energy and fast moving and will have a real party atmosphere about it too. We are doing another mash up, this time a mix of Living on a Prayer and Start Me Up as well as performing Over the Rainbow.” 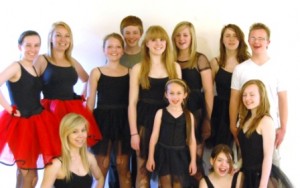 Also joining top professional performers such as Grease is the Word’s Alison Crawford and West End star Andy Kennet in the cast of Don’t Stop Believing will be the 25-strong group of Wrexham-based dancers who go by the name of Chanz. Formed six years ago for a National Eisteddfod performance by then Wrexham schoolgirls Leanne Allen and her friend, Emma Bride, Chanz has gone from strength to strength and recently held auditions to find four new members.

Leanne, 21, who now works as a clothing manager in Ellesmere Port’s Sainsburys store, said: “We came fourth out of 25 in Wrex Factor at the Stiwt and were really looking forward to joining the cast of Don’t Stop Believing for what will be an absolutely great show. Emma and I are so pleased with the way Chanz has developed over the last six years. We have grown steadily and work really hard at our routines. Emma and I still do all the choreography. So far we have 23 girls and two young lads in the team, the youngest being 11 and the eldest 24. We are now starting to compete in more competitions and danced into the semi-finals of a Europe-wide street dance competition at Disneyland Paris in April. Don’t Stop Believing is a great tribute to Glee and it really will be a fantastic high energy show. Don’t miss it!”

Producer Lee Kelly, who has worked with massive stars such as Kylie Minogue, Geri Halliwell, Cilla Black and Henry Winkler, who played the Fonz in Happy Days, said: “We are looking forward to bringing the show to the Stiwt as a part of a tour of venues within the UK. This is a feel good show where all Glee fans can join together for one huge party. I promise, you will love this one night extravaganza for the ultimate Glee production.’