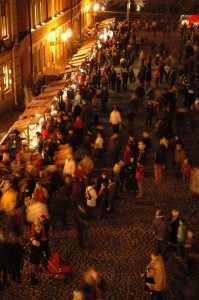 Finland never fails to provide a festive feel during the winter months. The most sparsely populated of the Nordic countries offers the perfect place for visitors to ensure they get into the Christmas spirit.  With a range of Christmas markets offering spectacular light displays, specially brewed winter beers and warming hot chocolate, Finland’s cities Tampere, Turku and Helsinki create a magical experience for everyone to enjoy this winter.

Tampere; Recreate Narnia from The Lion The Witch & The Wardrobe

Tampere offers a mix of slick Finnish sophistication with spectacular scenery including waterways and woodlands which freeze over in winter creating fairytale scenes reminiscent of Narnia from the classic children’s book The Lion the Witch & the Wardrobe.

In the evenings, refuge is found in the two-century old theatres, or the Town Hall which often plays host to the prestigious Tampere Philharmonic Orchestra. For those visiting in December, from the 10th to 23rd, the Central Square will be transformed into a wonderful Christmas Market with traditional entertainment, hand-made crafts and warming food and drink. Home-made delicacies include star-shaped pastries filled with thick plum jam and sweet gingerbread. To drink there is traditional glögi, a spicy hot mulled wine, specially brewed dark winter beers, and hot chocolate and coffees fortified with a little rum.

From 27th November to 23rd December, Tampere will also play host to the Tallipiha Stable Yards Christmas Village with handicrafts, warming food and drink and a Christmas Carousel.

The winter season is an ideal time to visit Turku, which for 2011 has also been recognised as European Capital of Culture.

Finnair offers flights to Turku (via Helsinki) from London Heathrow or Manchester. Alternatively Helsinki offers great bus and train links to Turku with a journey time of approximately two hours.

In December Helsinki is brightened up by the many Christmas lights in the streets and shop window displays.  Aleksanterinkatu, the main shopping street of the city centre, is an elaborately-decorated and illuminated Joulukatu (“Christmas Street”), opened by Santa Claus himself at the end of November.  From this time, the large department stores woo passers by with colourful and elaborate Christmas window displays.

The market season begins with the Women’s Christmas Fair at the Old Harbour (Vanha Satama) at the very start of December and the largest is the St. Thomas Market, held in the city centre Esplanade Park throughout December.  There is also an indoor Christmas market in the city centre in the Old Student Hall.

The St Thomas Market in Helsinki’s Esplanade Park is the biggest Christmas market in Finland with close to 150 vendors in red wooden stalls. On weekends Santa Claus visits the market which is open throughout December.