What perplexed me the most was how, with just 25 millilitres to add, I’d made such a mess of it. But it was obvious I had; every whiff made me wince. It reminded me of the time I dumped my car at the airport and raced abroad on a breaking story, totally forgetting I’d just bought fish for supper. I drove round for weeks afterwards, breathing in a mixture of pine disinfectant, damp upholstery and cod.

That, uncannily, was exactly what the eau de toilette sitting in front of me (the eau de toilette I’d just created) smelt like. I consoled myself that at least, this time, I could pour the smell away. But for now I decanted it into a pretty gold-topped bottle under the instruction of The Nose – a highly qualified expert in perfume making. 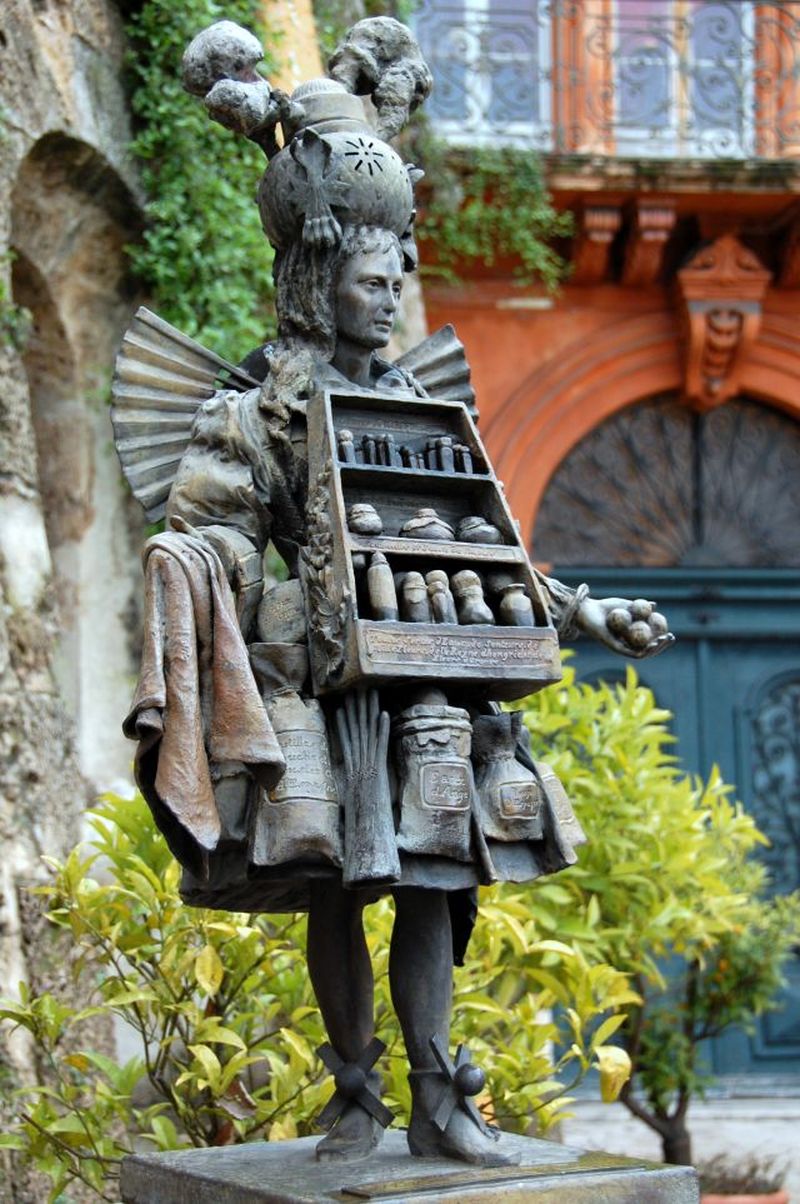 I was at the Fragonard Perfumery in Grasse, a small, medieval town 17 miles from Nice, in France. It’s the perfume capital of the world and I’d come to try my hand at fragrance blending. I had an apron marked “Apprenti Perfumeur”, a cabinet of essential oils, strips of litmus paper and pipettes. But despite the paraphernalia I wasn’t excelling. Luckily the session wasn’t all practical; it covered history too.

Grasse’s association with fragrance dates back to the 16th century when local tanneries, taking advantage of a trend in fashion, began making scented leather gloves; the Riviera climate was already perfect for growing aromatic plants. Two hundreds years later and perfume was the main industry; the fields around Grasse were full of jasmine, mimosa, roses and oranges. At the former Fragonard factory (now a museum) our tutor introduces us to oils used in present-day blending.

First, Tunisian neroli. ‘It smells like cinnamon,’ someone pipes up. The Nose nods enthusiastically and unscrews a bottle of lemon oil. ‘When you smell, listen to your tongue,’ she says. ‘Tell me where you salivate. It should be right in the centre of your mouth; your whole mouth should sense creamy lemon.’ There are murmurs of agreement.

While I’m still trying to work out exactly where I’m salivating (if at all), it’s on to Paraguayan petit-grain. The analysis moves up a gear. The Nose encourages us to associate the smell (which apparently develops on different levels or “faces”) with a colour. My neighbour “senses fluorescent lime”. The guy opposite “blood red”. (I wonder how, and why). Another talks of “cool, mint blue”. (The cool bit seems incredibly important).

Before I’ve managed to identify any colour at all, the descriptions intensify: there’s mention of waterfalls and ‘woods teaming with mushrooms,’ and then lo and behold, full-blown experiences: ‘The smell reminds me of the time I entered the coolness of a mosque on holiday’; ‘I think it’s more like a smoky bonfire, after it’s rained.’ I sniff again, keen to participate. But nothing comes to mind. Instead I glance at the 100 ml of eau de toilette I’ve done my best to blend, and realise, given my olfactory inadequacy, why it smells so awful.

At the end of our workshop, we gather outside, beneath a statue of a 17th century perfume maker. The others break into laughter and spritz themselves with their success, creations they’ve named Drama, Ego and Unique. The air exudes a zesty fruitiness.

The sky clouds over but a deep, roasted smell cuts through the drizzle. I suggest we head towards it. We huddle outside, under a cafe’s tarpaulin, as the rain turns the town’s cobbles a deep, shiny pink. I breathe in and immediately smell Brazil; I see apron-clad waiters dancing with trays above their heads, handing out espressos in the warm Rio sun.