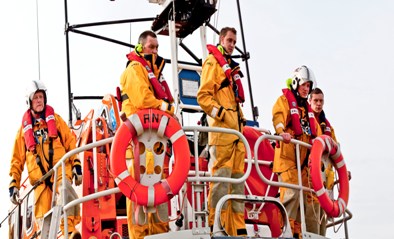 Organisers are keeping their fingers crossed that Prince William will be playing a starring role at Rhyl Air Show in August. The search and rescue helicopter team from RAF Valley on Anglesey, where he is based, will be one of the main attractions at the event on Saturday and Sunday, August 6th and 7th. The Duke and Duchess of Cambridge are now settling back into married life back on Anglesey after their highly successful tour of Canada and America.

The Prince is now back on duty and St James’s Palace have let it be known that the royal couple now want to avoid the limelight and go “under the radar”. Virtually every day, a Sea King helicopter from RAF Valley or the Rhyl lifeboat will be in action either in the waters or mountains of North Wales. Between them they rescue dozens of people every year – sometimes even putting their own lives at risk. They will be combining their skills off the Promenade of Rhyl for the free Air Show organised by Denbighshire County Council.

The crowd will see them demonstrate how they rescue someone from the sea. For operational reasons there can be no confirmation about the appearance or otherwise of a certain Flt Lt William Wales, so visitors will just have to bring binoculars to see if Prince William is in the crew. Last year alone, the volunteers of Rhyl RNLI made a total of 46 official launches and so far this year it has been called out 21 times and potentially saved the lives of 34 people over the 18-month period.

Meanwhile, RAF Valley’s Search and Rescue Force (SARF), C Flight, 22 Squadron, was called out last year about 340 times, almost once a day. The organiser of the Rhyl Airshow, Denbighshire County Council Events Manager Sian Davies said: “Wouldn’t it be fantastic if it was William at the controls – we’re certainly hoping so. “The whole world watched the Prince actually land a helicopter on water when he and Kate were on tour in Canada and it would be incredible if we could all have a grandstand view of his flying skills at Rhyl. But whichever of the pilots it is, I’m sure it will be a brilliant addition to this year’s show. This is the third year of the Air Show and the seafront here at Rhyl really is a wonderful venue. It is a real, natural stage for what has already become a major event and again it promises to be a spectacular show, with the Red Arrows headlining on Sunday and a fantastic lineup of attractions.” 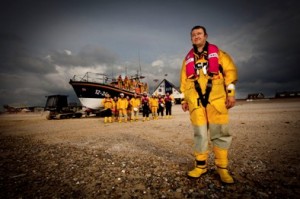 In just three years, the Rhyl Air Show has grown to be the biggest event in North Wales, with last year’s attendance approaching 90,000 and with over 60,000 lining Rhyl promenade on the Sunday. Martin Jones is the coxswain and full-time mechanic, for Rhyl lifeboat station. He is also inshore lifeboat helmsman and station training coordinator. He said: “We will be carrying out search and rescue operation using the all-weather lifeboat hopefully in sight of the crowd off the prom’ but that will depend on the helicopter and the winds. The helicopter will steer a course towards us and will airlift a person probably from our decks after lowering a winch man down onto the boat. We work quite closely with RAF Valley.”

The station has a  history going back over 150 years but the last five years have been its busiest and made Rhyl one of the busiest station in Wales, mainly because it covers a holiday area. The station has notched up no fewer than 23 gallantry awards. Flt Lt Dan Loxton of C Flight, 22 Squadron said: “Basically, we will be working with Rhyl lifeboat, extracting a person off their deck. It’s the kind of thing we do on a regular basis. There are 22 lifeboat stations who we train with at least once in a year, and some stations twice, so our diaries are very busy.”

SARF, which this year celebrates its 70th anniversary, has at RAF Valley five Sea Kings which are shared with the operational conversion unit where all students come for their training. There are two Sea Kings operational in the flight each with a crew of four, a pilot and co-pilot, winch man/paramedic and a radar operator. SARF was set up originally to rescue air crews, and this is still its primary function. It started its close association with the RNLI 40 years ago and today is mainly involved in civilian rescues. The SAR helicopters are spread over six UK stations and between them respond to over 1,000 call-outs a year. RAF Valley in the early 1980s was recording more aircraft movements than just about any other UK airfield.

The bravery honours awarded to RAF SAR personnel range from six George Medals, over fifty Air Force Crosses and Medals, and over ninety Queens Commendations for Bravery or Valuable Service in the Air. The latest award of a QCBA went to Winch man Sgt Keith Best of C Flight for his Sea King crews’ efforts in rescuing 27 people from the rising floodwaters of Cockermouth in November 2009. Keith also received a Sun Military Award for his actions during that night. Although technically the Sea Kings could be sent anywhere in the country, the regular “patch” for C Flight is from Aberystwyth and New Quay up north to Fleetwood and even the Lakes. 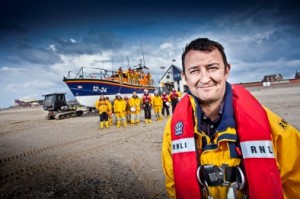 The crews work 24 hour shifts, sleeping when they can. It’s a gruelling regime but the crews are very highly trained. “A night call can really mess you up if you are returning about 3am in the morning, but all flights have to have the same standards and statistics,” said Flt Lt Loxton. Every three months the crews have to demonstrate that they meet requirements in all areas, such as working with shipping, winching from decks and general handling. Sea Kings are ageing craft, but Flt Lt Loxton says they are still ideal for their work. “They are excellent for the job. Basically, we need a stable platform for the winchman to work from and operate and the Sea King is ideally suited for that, and, of course, they are very well maintained,” he said. The launch, depending on weather conditions, will be Saturday, August 6th, after 4pm.

This year’s free Air Show on Rhyl promenade, being organised by Denbighshire County Council, in conjunction with Rhyl Town Council, is on Saturday, August 6th and Sunday, August 7th. It will see the return of the world famous RAF Red Arrows who will open the main flying display day on Sunday. Other confirmed displays on Saturday include Steve Carver’s Aerobatic Display, a Jet Provost, a Piper Cub and the RAF Falcons.

On Sunday, as well as the RAF Red Arrows, the skies above Rhyl will be filled by the Breitling Wing Walkers, a solo aerobatic display, a Strikemaster, a Pitts Special, the Royal Artillery Black Knights Parachute Display Team and the Matador display team. Keep up to date by visiting www.rhylairshow.co.uk