Parrot school tale is no flight of fancy in Gronant, Wales 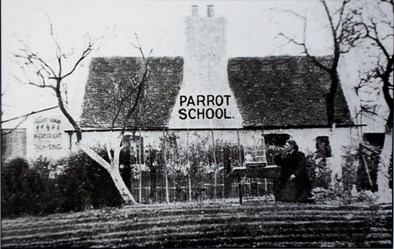 It’s a case of history repeating itself – the remarkable story of a 19th century school for parrots has been uncovered in North Wales. Organisers of the eighth Prestatyn and Clwydian Range Walking Festival were in a bit of a flutter when they found out about it. Now, research has shown the special school in Gronant to teach parrots how to talk is no flight of fancy.

They are so taken with the colourful tale it’s become the focal point for one of the 26 walks on offer from May 18-20. The festival is run by a voluntary committee of keen walkers and is supported by Visit Wales and Tourism Partnership North Wales (TPNW). The family friendly weekend will be packed full of varied rambles, in terms of fitness levels and subject matter, from a bear hunt and teddy bear’s picnic to a 40 mile Offa’s Dyke challenge.

The theme to the event is People and Places and there will also be a walk in search of the grave of Boudicca and a Viking treasure hunt.

On Saturday May 19, visitors are invited to take part in the Ghosts, Mysteries and Celebrities of Gronant and Llanasa during which walkers will be ‘tweeted’ to this very interesting bird tale and taken to see the small cottage in the village where the school was thought to be. 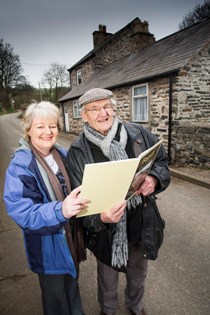 Carole Startin, Tourism Partnership’s Marketing and Events Executive, is on the festival committee and will be the guide for this particular walk. She said: “In the early 1800s, there were ships bringing in exotica to the UK and into the ports at Mostyn and Liverpool from places like the Carribean and South America. It became the fashionable thing for people to have things like parrots or monkeys as pets. It is believed these schools were set up to teach the parrots to talk and sing and therefore make them more entertaining and we believe there was one in Gronant.”

Carole first heard about the story from local historian Paul Parry who has lived in Gronant for more than 30 years. Paul said: “It was during some lectures I attended on local history some years back when we were shown a slide of a house in Gronant which had all the cages outside. The explanation given to us was that they were parrot schools set up to teach parrots to talk and it has stuck in my mind ever since because it seemed so unusual. I suppose there was no television in those times and talking parrots could be a very good form of entertainment!”

Their findings were also backed up by Fred Hobbs, 90, of Prestatyn, who has lived in the town all of his life and is well known for his historical knowledge of the area. He said: “It would be very interesting to find out whether anyone knew anything more about these exceptional educational establishments because I have definitely heard references to them before including one in Gronant. I know there was one in Bagillt because I have a picture and reference to it in one of the many history books I have called Bagillt Through The Ages.”

The book was written by members of the Bagillt History Club and first published by Countryside Publishing in 1984 and the date given for the parrot school is 1900. Mr Hobbs said: “It is not the clearest of pictures but it is a single storey building and across the chimney is written Parrot School.”

Carole added: “By coming to the walking festival, people are going to be able to enjoy so much more than just a ramble through some beautiful countryside. Stunning as it is, there is also a lot to learn in this area and the parrot school story is just one of the unusual things we have to tell people about.”

There are three other North Wales walking festivals in the 2012 calendar including Anglesey Walking Festival from the 2-17 June and the Conwy Walking Festival from 4-11 July. The final one in the series is the Snowdonia Walking Festival from 12-14 October. For the first time, the festivals have come together to promote their events thanks to financial support from Visit Wales, and advice and guidance from TPNW. It is a significant year for walking in Wales because May 5 will see the official opening of the Wales Coast Path at Flint Castle.

Following extensive work by the Welsh Government’s Coastal Access Improvement Programme (CAIP), 870 miles of paths around the whole of Wales have been linked up and improved. Three of the festivals will have walks using the newly connected path. To find out more about the Prestatyn and Clwydian Range Walking Festival go to www.prestatynwalkingfestival.co.uk

For more on any of the walking festivals in North Wales this year go to www.walkingnorthwales.co.uk