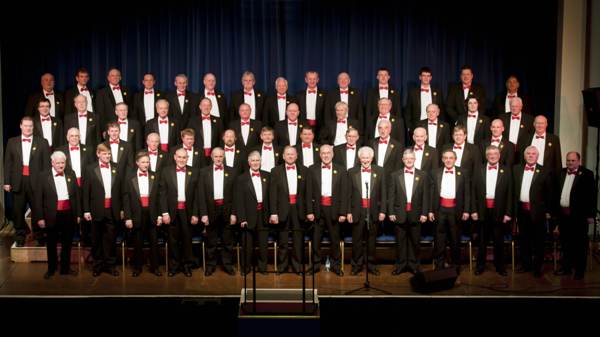 Two opera singing brothers who’ve starred in some of the world’s greatest theatres are returning to their home town for a special performance – as a favour to their old Cub Scout leader. David and Stewart Kempster will be teaming up with the chart-topping Voices of the Valley, the Fron Choir, for a charity concert in the magnificent surroundings of Chirk Castle on Sunday, June 12.

It’s a decade since David, a baritone, and bass Stewart, last performed together – and they say they can’t wait. The charity concert is being held as part of the Wrexham Year of Culture 2011. It is the brainchild of Wrexham County Borough Council’s Deputy Mayor, Cllr Ian Roberts, who lives in Chirk.

He said: “I floated the idea of holding a mid-summer concert but without the help of my wife Hilary, fellow councillor Terry Evans and the team at Wrexham County Borough Council I may never have got the idea off the ground. I wanted to celebrate Chirk and the surrounding area and thought of the Fron Male Voice Choir as many of the choir members originated from Chirk. I was thrilled they were free on June 12th as they have an incredibly busy schedule. And, of course, I was absolutely delighted to sign up the Kempster brothers. It was lovely to hear from them again. I simply asked them to do me a favour and they had no hesitation in agreeing which is just wonderful. They were great lads when they were in the Cub Scouts all those years ago and it was obvious at a very early age that they were both hugely talented singers. I am immensely proud of how successful they are in their singing careers – and the fact that they are giving something back to the community here in Chirk.” 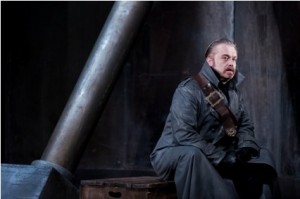 David, 41, who lives with his wife, Charlotte, and their children in Kendal, Cumbria, is really looking forward to performing at Chirk Castle. He said: “It’s always good to drop back in on North Wales and it will be a real treat to work with my brother, Stewart, again. It’s been far too long and of course I don’t get much chance to get back to Chirk to be honest. As an opera singer I work away so much which is difficult when you have a young family. I have known Cllr Ian Roberts all my life and when he and his wife Hilary got in touch I was absolutely delighted to agree to come back to Chirk. It will be a fantastic night.”

Currently performing in Il trovatore in Cardiff before going on tour to Bristol and Birmingham, David,  has performed around the world from The Royal Albert Hall to Dallas and South Africa to Italy. However, the former Royal National College of Music student says the opportunity to perform at Chirk Castle is something really special. He said: “Growing up in Chirk, classical music played such a big part in our lives. My dad just loved opera and the house was always filled with the sounds of arias or choirs. I started out as a member of Rhos Orpheus Male Voice Choir after taking Stewart’s place when he went off to study at the Royal Academy of Music. I have such special memories of my time growing up in Chirk and it will be so nice to come home and see so many old friends.”

Now living in Scotland,  Stewart, 46, was thrilled to get a call from his brother asking if he was free on Sunday, June 12.  He said:  “I jumped at the chance. David had had a call from Ian Roberts asking if he was free and wondering if David and I fancied performing together. Of course we jumped at the chance especially as it’s at Chirk Castle. I’m also looking forward to working with the Fron Male Voice Choir. It’s been more than 10 years since I last performed in Chirk. That was at the church along with David.” 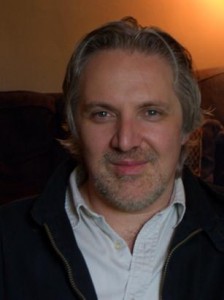 Stewart is still regularly performing opera and has recorded music with the Royal Scottish National Orchestra. In addition he has regularly recorded and broadcasted with the Royal Opera and also with Wexford Festival Opera. He worked with Howard Shore and John Williams on the soundtracks of the Lord of the Rings and the Star Wars series of films. He has just returned from Bornholm Island, which belongs to Denmark and can be found in the middle of the Baltic Sea, where he performed a song  recital, and he will be singing Bach’s Matthew Passion in Edinburgh over the Easter period. Stewart also travels the world in his role as an examiner with the Associated Board of the Royal Schools of Music.

Fron Male Voice Choir Liaison Officer, David T Jones, says members jumped at the chance to perform alongside the Kempster brothers who have gone onto become such huge classical music stars. He said: “We have been working with so many names following the success of our CD releases but it will be extra special working with Chirk’s most successful musical sons. It will also be great to perform at Chirk Castle. We are recording our 5th CD in April and are jetting off to New York for a concert in August. Thanks to our recording success things are pretty hectic. But we will definitely be there at Chirk Castle in June for what promises to be a magical night.”

Cllr Roberts added: “We are really looking forward to seeing families come along for a tremendous night of music. Bring along a picnic and some chilled wine for mid-summer nights concert that you’ll never forget. We haven’t set a fundraising target and at the moment as we are focusing more on celebrating the culture of Chirk, Wrexham and the surrounding area through a special night of music. However, it’s a good opportunity to raise funds for various charities too.”

For more information go to www.fronchoir.com/Diary.htm