Nicaragua, Central America – The secret is out! 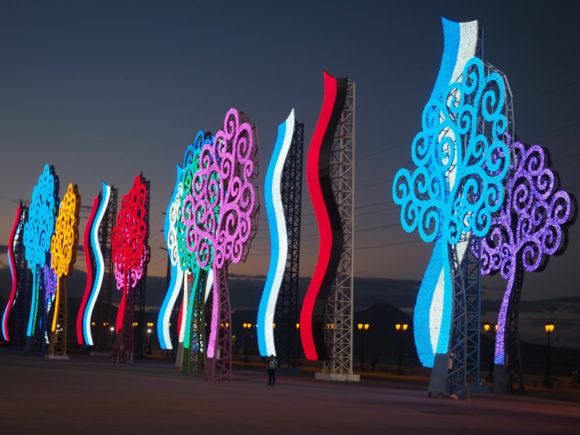 Nicaragua is well and truly open for tourism! Regarded rather as a country of conflict the only conflict now is where do you visit first? Those arguments I will leave to you.

The Pacific coast, the volcanoes, the lakes or the stunning tropical wildlife havens. Add to that the colourful towns and colonial styled cities. Oh and did I mention coffee or cacao plantations rum distilleries and perhaps a hand made cigar factory? Swimming, surfing, diving and fishing in the Pacific too! If that is not enough to get you gee’d up then continue to read no more!

Located in that narrow band of land that connects North and South America it’s a country that is now pushing hard to attract tourists that are looking for a new experience. Look no further Nicaragua will feed your mind, body and your belly.

Food, much of which is straight from the land to plate and much organic at times. Freshest of vegetables, coffee and to die for, steaks! I did somewhat over indulge during my weeklong visit. Although there is certainly superb seafood to be had I did notch up 6 steaks out of 7 dinners I had there! The last one at Managua’s top steak restaurant where the owner Don Candido a former butcher came up with some amazing beautiful beef cuts to round off the trip of mouth watering magic!

Transiting via a shortish hop from Miami the flight from London to Nicaragua was one way to get there. It is possible to get there via nearby Costa Rica and then a very short flight from San Jose to Managua. Once on the ground in Managua or even for an evening time flight arrival you get a glimpse of that colour from high above on your approach to the airport. If what are a little gaudy the iconic illuminated tree lights lining a number of the capital’s streets giving it a mini Las Vegas look! Located on Lake Managua the capital bustles just enough and the lake does give respite from the tropical heat.

Leaving Managua behind and head north to Matagalpa an area for coffee growing and what better place to stay than on a coffee plantation. Of German descendants the family who run the Selva Negra a mostly organic and self-sufficient hotel complex within a working plantation is very popular. A perfect place to get an insight into the world of coffee it’s growing and life in rural Nicaragua. Guided tours of the plantation and several hiking trails around the forested hills of the farm give you a good reason to stay for at least a couple of days.

Heading off to the Pacific at San Juan del Sur is not to be missed. Taking in some beach time on the coast at the world’s largest ocean certainly has to be done. The colonial style Victoriana Hotel on the sweeping esplanade is a gem and harks back almost to the days when American author Mark Twain stayed there in the late 19th century. The colossal statue of Christ of the Mercy (82 feet) that dominates the headland across the bay is a legacy of a local man who was cured of cancer and left this giant artwork to the town. Swimming, sport fishing and diving are all watersport diversions for those that crave such things and if you would rather eat what lives in it then this is the place to do that too!

Bubbling underneath much of the country is the volcanic magma that supports and straddles the tectonic plates in the region. Active giant cones scattered around the country are magnificent to look at and even into them, like at the Masaya volcano near to the city of Granada. Smell the sulphur and see into the magma chamber although best experienced is on an evening visit rather than during the day.

Nearby a drive deep down into another caldera this water filled volcano of Apoyo Lagoon with a hotel and restaurant on the shore of the lake is a place to stop for a meal swim or kayak on the 8 square miles of fresh water contained within it. Other cities that should be on your itinerary are Leon and mentioned earlier Granada. Both have brightly painted streets with right-angled geometric layouts made up of often narrow roads.

You cannot miss the iconic former American school buses now often even made more multi-coloured by their enthusiastic owners with just as many colourful passengers in and hanging off them as they speed around the countryside and towns. Called ‘chicken buses’ by the locals they carry endless amounts of goods and passengers to all points around the country and are vital in keeping the country moving!

Not only are the humans colourful but the exotic bird life are highly sort after by bird watchers from all over the world. With some of the most beautiful birds in the world endemic in the country like the Resplendent Quetzal, it’s a haven for that interest.

Experiencing the country’s unique nature in places like a tropical cloud forest for example. Again this is a nature trail around a not totally dormant Mombacho volcano some 3,000 feet high. Where the clouds condense and leave the forest warm and moist, a land of monkeys, orchids, lush ferns and sloths. On the guided walk I went on we had hardly gone a few hundred metres before a sloth was spotted. We also saw some rare butterflies, flowers, birds and even a pretty harmless snake urgently trying to get away from our group’s pounding feet.

Nicaragua offers I think a terrific and diverse destination full of both living and inanimate colour. It has great hotels, food and landscape; offering a new experience for those that have travelled extensively or if not then a country that will give you and insight into Central America as you have never been this way before.