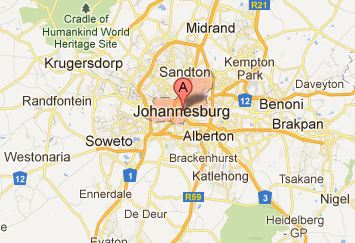 Johannesburg, or ‘Jozi’ to the locals, with its 3 million inhabitants (10 million if you include the broader metropolitan area) still has a mountain to climb in distancing itself from a long-established reputation of violence, fear and gang culture if it wants to compete as a must-visit tourism destination. Perhaps with a little help through positive World media along with engagement of its proud locals this reputational transition can, at last, be made?

Take Liverpool, for example, a UK city of arguably similar reputation that took a newsworthy 2008 European Capital of Culture event by the horns to kick-start a successful journey of reinvention. Could Johannesburg’s 2010 Soccer World Cup have a similar impact? The only way to find out was to get under the bonnet of this fascinating working-museum city.

I would be lying if I said I wasn’t nervous about Johannesburg. Like most first-time visitors I’d done my homework and found web-page-after-page of warnings, alerts and statistics that intimated that I had more chance of being struck by lightning twice than getting from the airport to my hotel without being shot. How wrong those pages were! With a warm, welcoming smile and a firm “long-lost friend” handshake from my tour guide we casually strolled to the airport forecourt where an equally comforting smile was delivered from the awaiting driver. 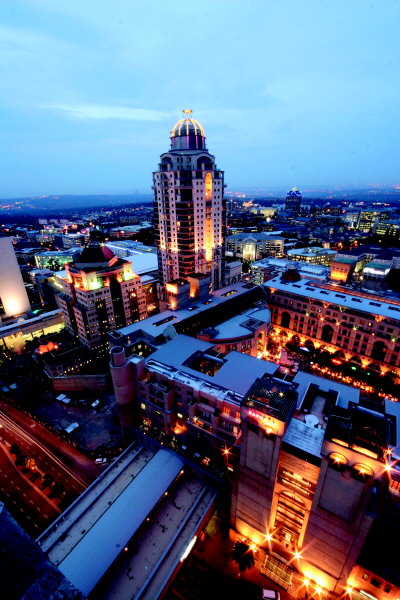 My flamboyant, if not eccentric guide excitedly announced the highlights of her home town through the windows. Aiming my view in the direction of her proud finger-pointing over the heads of the bustling locals and playing children there was occasional evidence of troubled times gone by. Rusting barbed wire draped over graffiti-covered walls of seemingly unoccupied buildings reminded me of deserted 2nd World war prison camps. I wound the window down allowing the 25 degree October air to spill in along with the sounds of laughter and street banter. The stories of an angry past may well be documented in the history books, but there was no evidence of fear on the streets now – certainly not here in the centre anyway. It was so opposite to my expectations that I felt a sense of inner shame for being so gullible in letting rumour and gossip influence my pre-judgement of this place.

We arrived at the Peech Hotel, my home for the next 6 days. Although I expected communities here to be security-gated, it still felt like entering a prison on visit day; buzzing security as the electric gates opened like a giant metal mouth, swallowing our entry. Once inside the hotel was comparable with any 4* European equivalent; so-be-it the outside swimming pool resembled a garden water feature that was a definite “no-no” for a discreet dip for fear of emptying the entire contents over the nearby diners!

No sooner had the gates gulped me in, I was burped out again for a city tour. This would be my first experience of getting out of the vehicle alone, unguarded and unprotected. When my moment came it didn’t feel awkward or scary at all and my only thoughts were of desperately wanting to meet these incredibly friendly locals and feel the warmth of this trying-to-please destination.

Newtown Cultural Precinct was a great place to start. It takes little effort to slowly swivel 360 degrees and imagine how this microcosm of Johannesburg would have looked just 20 years ago as a slum in the shadows of the now derelict power station. Today you’ll find theatre, dance, art, music and crafts around every nook and cranny.

The dominant Victorian building overshadowing the precinct houses the Museum Africa and adjoining is the Market Theatre Complex comprising the Main, Barney Simon and Laager theater trilogy. Other highlights to titillate the imagination are the Horror Cafe, Songwriter’s Club, Carfax, Bassline and a brewery tour through SAB (South African Breweries) World of Beer.

I was learning more about Johannesburg and South Africa in my first hours than I had in my entire life. For starters this place was sophisticated, motivated and hungry for success.

Over the next few days I found contemporary and traditional art oozing from almost every street including the galleries of Momo, ThandiSibisi’s, Art On Main, Goodman and Everard; enough to satisfy the hunger of even the most famished obsessive.

For the more traditional attraction hunter, there’s a huge and diverse range of activities to keep you occupied from dawn until dusk (and beyond) from the cultured Cradle Of Humankind museum, the adventurous Sterkfontein Caves, the fascinating Apartheid and Liliesleaf Farm museums through to the ever-so sweet Lion Park, where, after a 1-hour safari aboard a rickety converted caged truck, cuddling a lion cub will reduce even the strongest character to a whimpering “arghhhh”. 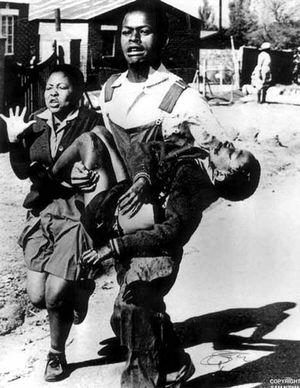 One of my highlights was a guided cycle tour of Soweto. On pre-arrival paper this sounded more like a one-way suicide mission right into the heart of the struggling South West Township (from where Soweto gets its name). Once again, I was to be proven wrong. Cycling amongst the smiling residents, repeatedly chanting the words “hallo” as children rushed cycle-side to touch thumbs with a wrist-twisting action (their version of a hi-five) was a soul-searching experience.

Riding past Nelson Mandela’s 1960’s house, in the footsteps (or cycle tracks) of other familiar names like Winnie Mandela (who still lives in the area) and Desmond Tutu forces your imagination to picture how it was in the 1976 Riots, giving the World one of its most mind-provoking images of dying Hector Pieterson being carried in the arms of Mbuyisa Makhubo after being shot by the police.

An exhilarating, if not exhausting 6 days led me to being driven back to the airport, seizing the opportunity to reflect on my happy new memories. What, exactly, had I learnt? Could Johannesburg follow in the footsteps of Liverpool in its successful reinvention? Well, I’m convinced it can. The ingredients are all in place with its enviable wealth of culture, historic, modern and exciting attributes. The people are proud and friendly, giving off a genuine feeling that you are welcome. Hotels are comparable with any large City and dining choices are plentiful. With good value for money, a diverse and never-ending menu of activities and the cities unashamed ambition, the discerning traveler simply must do Johannesburg.

Oh, and finally, one thing the people of Liverpool never gave up was their instantly-recognizable accents, and I’m delighted to say Johannesburg hasn’t broken the mould – That has to be as good-a-start as any I’d say!

Virgin Atlantic provide daily night flights taking approximately 11 hours. A word of caution: “Economy” means economy and seating should be considered carefully for anyone other than a “small-build” person.

I stayed at the Peech Hotel. It was quaint, boutique, good value, well located and delightful with good service and excellent breakfast choices. Worthy of mention is the proud way this hotel supports Little Eden, a local orphanage for mentally and intellectually disabled children. Do visit their website and help if you can.

Other hotels worthy of a look are:

Moyo is an end-to-end dining experience “all things African” – from art and design to music, cuisine and crafts. Live African music and sophisticated African dining is the benchmark of this evocative establishment.

Tashas provides a boutique cafe experience with an energetic identity and international flair delivering a successful marriage of tastes and design aesthetics.

The Westcliff offers 2 restuarants (La Bella Terrasse and The Conservatory) providing exceptional cuisine and an extensive wine list over a backdrop of the glittering lights of Johannesburg. Watching a sunset from the terrace has to one of the most amazing dinner compliments avaliable, as is the shuttle service from the main gate to your table!

Sel et Poivre  is one of two Burundian chef Coco Reinarhz platforms to embrace the modern African food movement (the other being Le Petit Sel Bistro). This is fine dining Afro-fusion culinary style, combining classic French cuisine with the most opulent of African flavours.

Things to see & do