Island jazz is just capital on Anglesey in Wales

Anglesey will be transformed into the jazz capital of the UK over the weekend. Thousands of fans from across the UK are expected at the Summer Night Jazz festival at Plas Newydd overlooking the Menai Strait on Saturday and Sunday (July 7 and 8). The headline act is jazz sensation Anthony Strong who’s been earning rave reviews from the likes of Jamie Cullum, Michael Parkinson and Rod Stewart. 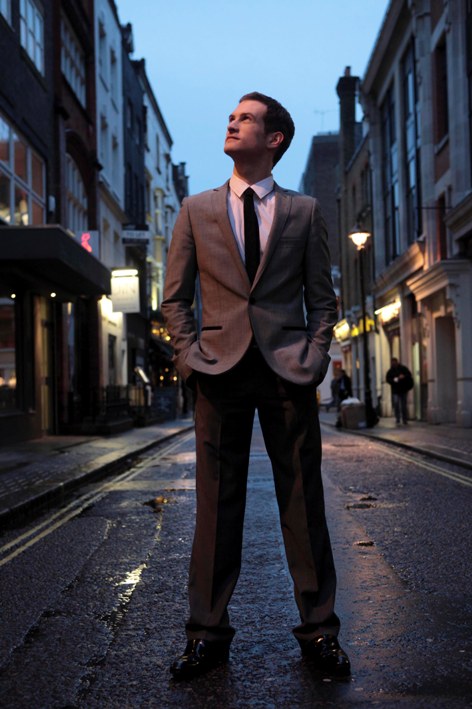 According to Anthony, he’s really looking forward to what’s been described as the most scenic gig in the UK, with spectacular views towards Snowdonia. Apart from the wonderful scenery, it’s also an opportunity for the London-born singer to celebrate his Welsh roots.

He said: “Dad was from Gwent so I visited Wales a great deal as I grew up. It’s a fabulous country and I love the Welsh people. I started off as a session musician really and worked with people such as Michael Bolton, Charlotte Church, Beverley Knight and others. But eventually decided it was time to step out from the shadows and give it a go myself. I worked hard and I think I have paid my dues and developed my own style. It’s true I am always being compared to Michael Bublé and Jamie Cullum in particular and that’s fine but I think we are very different. Michael Bublé is to me, a performer, a brilliant performer, but a performer none the less. I would class myself more as a musician. I want to absolutely nail the music; it has to be bang on, that to me is more important than the performance. But it’s still an honour to be spoken about on the same lines as people so massively talented. Let’s face it, Bublé, what a voice and Jamie Cullum, what a musician. However, the musician I admire most is probably Harry Connick, his voice and musical ability, he has it all.”

A crowd-pleasing local Brazilian Latin band called Banda Bacana will be generating a carnival atmosphere and  there will also be a New Orleans-style jazz ensemble made up of members of Beaumaris Brass Band. After an absence of seven years, the festival was revived last year and was a massive hit. The comeback was the brainchild of Gwyn Evans, a  Lead Music Tutor with Gwasanaeth Ysgolion William Mathias  (William Mathias Schools’ Service) whose many other hats include that of Musical Director of the multi-award winning Beaumaris Brass Band. Gwyn, who also plays the trumpet and sings, will also be performing with his own band, Dr Jazz.

The event is again being sponsored this year by Gaerwen-based home improvements specialists, Peninsula. Gwyn said: “Many years ago the National Trust staged a jazz event here for more than 10 years and all the jazz greats like Humphrey Lyttleton, Kenny Ball and Acker Bilk came here and performed. I can’t think that there is a setting to compare with this in the whole of the UK. There will be a lovely atmosphere and people can bring their picnic hampers and champagne while they’re chilling out to some cool jazz. There’s a real family feel to the event, it’s not about hard core jazz – and hopefully we’ve got the chemistry right again this year. What we’re trying to do is to celebrate the island of Anglesey, the island is full of talented youngsters. As well as the jazz night on the Saturday night, on the Sunday we have a celebration of youth so all the youth groups, bands, choirs and orchestras will be taking part. To have a local firm like Peninsula sponsoring us is brilliant. They are so supportive to the arts on the island, especially music. I can’t thank them enough really.”

Peninsula Managing Director Ken Grayson explained: “We  saw Summer Night Jazz as an opportunity to give something back to our local community. It’s a good way of getting our name associated with a fantastic cultural event that’s beneficial to the area. It just seemed a win-win for everybody. The setting is perfect – with sea, mountains and a beautiful stately home with a natural amphitheatre overlooking the Menai Strait. Last year’s inaugural event was brilliant and we’re hoping that everybody who came will return and bring more people with them. This year we’re getting more involved in organising the event – as well as our financial input we’re giving our time and enthusiasm.”

For more information about Summer Night Jazz and how to book tickets go to www.plasnewyddjazz.com