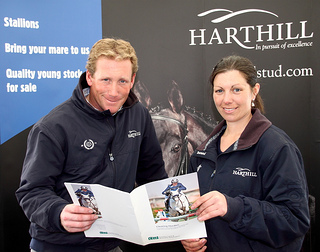 The stud which is headed up by Director of the Bolesworth Estate – Nina Barbour, and International Event Rider Oliver Townend, is proving itself at the pinnacle of modern sport horse breeding combining a traditional, British ethos with cutting edge facilities and technologies, ultimately creating a world class venue to produce equine stars of the future. The stud offers an extensive mare and foal service in addition to an array of world class stallions. At present, four foals – the progeny of Honour Cruise and Power Blade – have already been born at Harthill, making use of the state-of-the-art foaling alarm systems, CCTV-equipped foaling boxes and the experienced on-site staff. The first group of ‘resident’ mares are currently at Harthill and those outside mares who received the first batches of shipped semen have all been scanned in-foal. Harthill Stud offer a range of very competitive AI packages, all carried out under the watchful eye of the Harthill-based DEFRA qualified AI technicians and the Stud Veterinary Team. The high conception rate is of huge benefit to any mare owner. 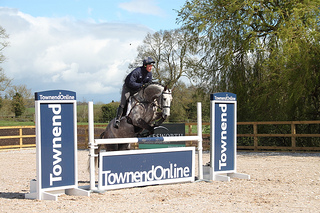 World renowned showjumper ‘Locarno 62’ is one of the stallions in Harthill’s glittering portfolio that has recently achieved recognition whilst competing in Italy. Locarno put in two impressive jumping round’s in the competitive €23,000 Grand Prix at Italy’s Follonica CSI**, finishing in 4th place among a truly star studded line up.  Locarno has a seriously impressive CV from his time with British Showjumper Ellen Whitaker. Locarno’s significant achievements include being placed 2nd in the renowned Hickstead Derby as well as jumping a double clear and taking team bronze at the 2007 European Championships held in Mannheim. He has most recently been long listed for the London 2012 Olympic Games.

Locarno’s progeny also continue to produce the goods with ‘Abazu’ and ‘Lola V’ relishing in success on the international circuit. The pair put in consistent performances at the recent Follonica Show Jumping Tour in Italy. Both ‘Abazu’ and ‘Lola V’ continually finished with a top-5 placing in the 7 Year Old section of the popular tour. 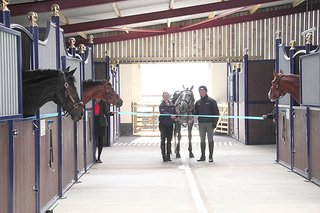 Progeny from Harthill’s ‘Ramiro B’ have enjoyed a rather productive month with ‘Cooley Master Class’ enjoying eventing success under Oliver Townend in Poplar Park’s Intermediate class, with an effortless double clear leaving them in 3rd place. This is a particular achievement being his debut at Intermediate level.

Easily one of Ramiro’s most successful progeny to date – Laura Collett’s ‘Noble Bestman’ completed Burghley 2011 with a superb double clear, and has started 2012 in fine style with a double clear and 4th placing at Lincolnshire One Day Event. The pair are currently Badminton-bound. 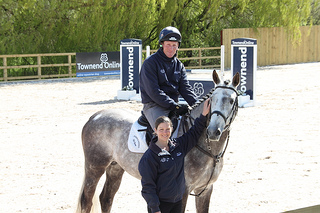 As the stud  gears up to the official opening with such prestigious results already under its belt, Nina Barbour acknowledges its bright and prosperous future, ‘It has been a really exciting start to the year for Harthill, with so many promising results right across the disciplines. A particular highlight for the team was to see Locarno 62 finishing in 4th place over in Italy, showing that he is still really performing at the top of his game while his progeny are following in his footsteps. Seeing both the stallions and progeny amassing some great competition results is extremely rewarding for us here at Hartill, and supports our fundamental goal of producing top class horses for both national and international markets from a truly British base’.