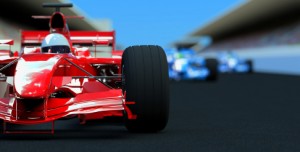 Petrol heads and F1 enthusiasts are no doubt counting down the days to the start of the 2011 Formula One World Championship, which is looking like its going to be the most eventful championship to date.

Indeed, things definitely appear to be heating up for the 2011 Championship, after the increasing civil instability in Bahrain causing its cancellation which no doubt gave Mr Ecclestone sleepless nights, to the unusual top three fastest testing laps in Jerez being Rosberg, Petrov then Hamilton, this championship is definitely promising to be truly extraordinary.

Predicting a winner this year seems almost impossible with little known about the new cars other than how they have preformed in testing in Jerez, and after all few would have predicted Sebastian Vettel to win last year. This year more than ever it seems that the championship is up for grabs.

Though the race calendar is now set to begin in Australia and work its way across the globe, most British and Irish F1 fans will be looking forward to the Turkish Grand Prix in Istanbul. For the fans who want to experience the F1 action first hand, the Turkish GP represents the first of these European circuits, which are more readily accessible especially with low cost airlines recognising the demand for flights to these destinations at these times. Irrespective of these European circuits,  one thing seems certain, the Melboune atmosphere multiplied by the delayed excitement and tension to see who will take the first chequered flag of the season will be almost unbearable.

In recent times some travel companies have recognised this demand for F1 packages and have created special deals in light of this. One such company, ActivityBreaks.com has 7 Formula 1 packages on offer. All packages include 3 nights accommodation in a city centre hotel with breakfast (star rating outlined below), plus tickets for the qualifying day and for race day, and transfers from hotel to track then back to hotel with a representative.