City status is major boost for St Asaph in Wales 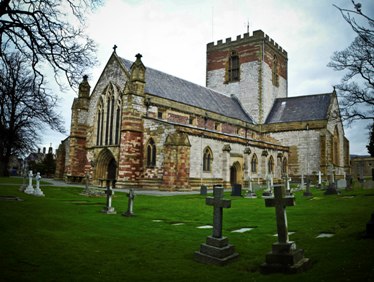 News that St Asaph has been granted city status is a major boost to tourism and culture in the area. The honour was bestowed by the Queen as part of her Diamond Jubilee celebrations.

Dewi Davies, the Regional Strategy Director, of Tourism Partnership North Wales, said: “We’re absolutely delighted that St Asaph has deservedly become a city at last. St Asaph already had a great deal going for it as a place to visit but official city status has put it well and truly on the map in terms of tourism as a giant of our heritage and culture. The Cathedral is  the smallest in Britain and is the final resting place of Bishop William Morgan, who translated the Bible into Welsh, and it’s also home to the prestigious North Wales International Music Festival. The population of St Asaph may only be around 3.500 but this honour as part of the Queen’s Diamond Jubilee celebrations is proof positive that small is beautiful, and help the city punch well above its weight in terms of boosting the economy.”

Ann Atkinson, Artistic Director of the prestigious North Wales International Music Festival, joined the chorus of approval. She added: “Like everybody else, we are thrilled that the Queen has chosen to bestow this important honour on St Asaph in her Diamond Jubilee year, This is a richly deserved reward for the whole community in St Asaph For our part this is particularly appropriate as we are also celebrating an important anniversary this year. It’s now 40 years exactly since the festival was founded by royal composer Professor William Matthias, who wrote the anthem, Let the people praise Thee O God, for the wedding of Prince Charles and Princess Diana. According to Professor Matthias, one of his greatest achievements was the creation of the music Festival in 1972. One of the main highlights last year was a world premiere by Royal composer Paul Mealor who was propelled to global fame thanks to the sensational Royal wedding anthem he wrote for Prince William and Kate Middleton. We’re delighted to reveal that Paul Mealor will be returning to this year’s festival which will be an even more special event. According city status to St Asaph will certainly be a big boost to the festival which has now firmly established itself as a major highlight in our cultural calendar.”