Bryn will be a cut above in Llangollen, North Wales 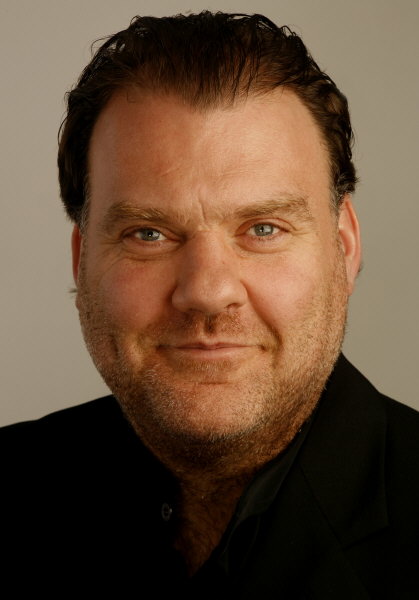 Opera superstar Bryn Terfel and jazz sensation Caro Emerald have been unveiled as the headline acts at next year’s Llangollen International Musical Eisteddfod. The acclaimed bass baritone will be playing the lead in a special production of Stephen Sondheim’s Sweeney Todd: The Demon Barber of Fleet Street featuring an all-Welsh cast.

Organisers also revealed there will be a world premiere of a new work by top composer Karl Jenkins and an appearance by the chart-topping singing brothers, Richard and Adam Johnson, from Holywell, in Flintshire.

The lavish production of Sweeney Todd on Monday, July 7, will be a curtain raiser for the 2014 festival which gets underway the following day. The evening is being sponsored by the Wrexham-based care organisation, Pendine Park, that’s won a raft of awards for the way in which they use the arts to enrich the lives of residents.

Next March Bryn will be starring in another version of the show with the New York Philharmonic orchestra at the Big Apple’s iconic Lincoln Center where he will be sharing the bill with Oscar winning actress Emma Thompson.

Before then the bass baritone from Pant Glas, in Gwynedd, will be seen performing at the Royal Variety Performance from London’s Palladium which is being shown on ITV on December 9 which, coincidentally, also stars Caro Emerald

On the Tuesday night at the Eisteddfod there will be a galaxy of international talent at the Carnival of Nations concert. It will showcase spectacular circus acts from across the globe including Cirque du Soleil’s Bruce Bilodeau, acrobats from the Chinese State Circus Acrobats and Spelbound, winners of Britain’s Got Talent. The concert will include the official opening ceremony of the festival and the Procession of Nations into the Pavilion.

The following night will see the return of Karl Jenkins, the highest selling classical composer alive today, with the world premiere of his latest masterpiece, Adiemus Colores. He will conduct his Latin American themed work with American tenor Noah Stewart making a welcome return, Venezuelan trumpeter Pacho Flores and Latvian accordion player Ksenija Sidorova to the accompaniment of the Llangollen International Eisteddfod Orchestra. 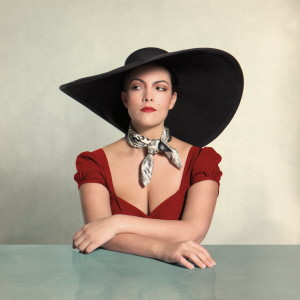 The multi-award winning Dutch jazz singer Caro Emerald will be making her Llangollen debut on the Thursday evening.  Earlier this year her second studio album, The Shocking Miss Emerald, went to No 1 in the UK album chart.

The Friday night concert, Spirit of Unity, will feature the Cape Town Opera, Africa’s premiere opera company, famed for their “vibrant vocalism and high-octane stage performances” Appearing with them will be Wales’ representative in Cardiff Singer of the World, Gary Griffiths, the Wales Millennium Centre Only Kidz Aloud Chorus under the baton of celebrity conductor Tim Rhys Evans and British Sinfonietta, one of the UK’s leading independent professional orchestras.

The Choir of the World competition on the Saturday night is the blue riband event of the week-long festival and remains one of the foremost choral competitions in the international choral calendar, according to Eisteddfod Musical Director Eilir Owen Griffiths.

The Pavarotti Trophy and a cash prize of £3,500 are awarded to the overall winner  from the Mixed, Female, Male, Youth choir and new Open Category competitions. 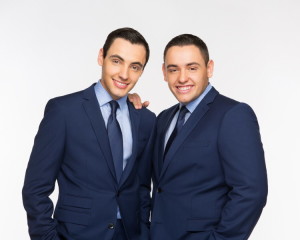 There will also be a competition to find the dance champions of 2014 and to top the evening off Richard and Adam, who shot to fame on Britain’s Got Talent, will appear as special guests. It will be the first time Bryn Terfel has performed on the International Eisteddfod stage since he opened the 2006 festival and that was his first appearance at Llangollen in a decade.

The lead role as the mean, brooding, murderous barber particularly excites Bryn who added: “I’m really looking forward to returning to sing the role of the Demon Barber of Fleet Street. I had the honour of meeting Sondheim when I sang Sweeney for the first time for a production at the Lyric Opera of Chicago in 2002 and was privileged to be a soloist for the BBC Proms Concert honouring Sondheim’s 80th Birthday in 2010. I haven’t sung the role since 2007 so I’m grateful to have the opportunity to reprise the role at the Lincoln Center in New York, along with the New York Philharmonic Orchestra, in March. This will hold me in good stead for when I return to Llangollen. And to be part of an all Welsh cast what a coup! What other nation would be able to do this!”

Musical Director Eilir Owen Griffiths said: “I am really excited about the line-up for next year which I am sure will prove a big hit with our audiences. We are currently finalising the arrangements for our final Sunday night concert and we will be in a position to reveal our smash hit headline act very soon. Watch this space!”