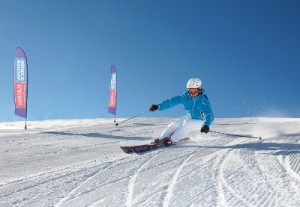 It is coming to that time of year again where summer is now a distant memory, and for those who can afford it, their thoughts are wandering toward skiing holidays.  For them, the search begins, trawling through the seemingly endless supply of travel agents and tour operators all claiming to offer the best prices on the top Austrian ski resorts like Kitzhuhel, St Anton and Mayrhofen. But maybe 2012 will be the year where you finally let go of the safety net of visiting brand name resorts, and instead branch out to a new upcoming resort where you can really get a feel for what skiing is like , and escape the butlins-esque feel of the larger resorts.

Online tour operator ActivityBreaks offers the possibility to ski in Austria in 3 resorts that we bet that you have never heard of, but certainly sound like they should be top of the list of upcoming resorts to visit in 2012:

This is a real gem for beginners and early intermediates with a nice selection of blues and reds, hidden away in the Austrian Alps despite being part of the Salzburger Sportwelt ski area (with over 140 runs).  It allows beginners to feel safe with quieter slopes compared to some of the larger resorts that make up this area, but don’t be fooled by thinking that après ski will reflect this, as it boasts many lively bars and cafes. Ski deals here start from £70 that includes ski hire and airport transfers. 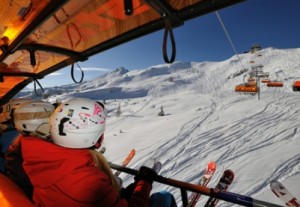 Flachau benefits from being in an accessible location sandwiched between Salzburg and Klagenfurt airports, and making up part of the Salzburger Sportwelt Ski area would give you the impression that it should be a brand name resort. However this resort somehow remains off the beaten track of UK and Irish tourists, yet is growing in part due to the success of local hero and Olympic skiing champion; Herman Maier. Flachau used to be a farming town, and as it has grown, it has retained its laid back atmosphere. That said, it does have plenty of bars and restaurants to keep you entertained, and remains popular with Austrians and Germans alike, but from £355 for a 4* all inclusive hotel with ski passes you are bound to feel tempted into giving Flachau a try. 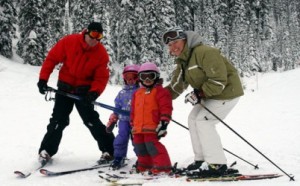 The Lungau ski area is actually made of from several different ski areas, such as Fanningberg, Speiereck, Großeck and Katschberg-Aineck-Rennweg. Also located in-between Salzburg and Klagenfurt, it too is easily accessed. This area boasts many resort towns, with a popular choice being the town of Tamsweg, with a growing rage of bars, restaurants, clubs and leisure facilities too. A Lungau skipass opens you up to 240km of runs for all levels of skiers, and is included in a package from £312 in a 4* half board hotel in Tamsweg with airport transfers, and ski lift transfers too.

These three resorts are definitely growing in stature each year, but are still off the radar to the masses, so now is truly the best time to visit if you want to soak up each resorts real atmosphere before it gets taken over by the hordes of Irish and British who book their ski holidays elsewhere, for now…