Born in Sale, Cheshire I followed a non-conventional career after boarding school, through the merchant navy, into Saudi Arabia and then into my own business(es). In 2004 I found the World of media, initially in front of the camera for a number of TV documentaries and productions both as presenter and victim! In 2006, after gaining the respect of my peers along with a reputation of influencing consumer decisions through my communication skills, I began writing for a number of travel publications. In summer 2008 my written efforts were rewarded with my own dedicated slot as a travel correspondent & radio presenter for Cheshire FM entitled "The Talking Tourism" show. I have been accepted (by application, interview and due-diligence) into the British Guild Of Travel Writers (BGTW) and later that same year, the National Union Of Journalists (NUJ). I have decided to now focus on travel-related features, articles and presenting. ACHIEVEMENTS: HND Marine Engineering CPC Passenger Transport Travel writer & radio presenter Four business start-ups to acquisition Founder Director of Visit Chester & Cheshire (VCC) regional tourist board Director of Weaver Valley Regional Park (WVRP). Panel Member (Tourism) Bank Of England Monitory Commission. PUBLICATIONS & MEDIA: British Guild Of Travel Writers (BGTW) member National Union Of Journalists (NUJ) member Talking Tourism Show Presenter "CheshireLIVE" Show Presenter DINKY Guide journalist & editor CD-Traveller Journalist Viva TV Travel Presenter Travel panel member and critic 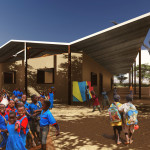 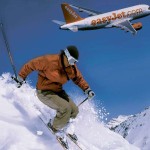 The FA WSL 2014 Season Kicks Off with WebTicketManager

By Peter Rosenfeld
When the FA were scouting for a digital partner that could guarantee an easy and efficient self-service online ticketing platform for the Woman’s Super League (WSL) they looked no further than WebTicketManager.
Based in … 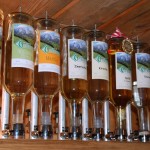 By Karen Bowerman
Hochkonig in Austria is famous for its Konigstour, or King’s Tour ski route, but as Karen Bowerman discovered, the region is full royal treats for snow lovers.
I stood at the top of the …

A Vietnam High at The Nam Hai

By Peter Rosenfeld
With the constant UK weather barrages, take a moment out to imagine endless glistening beach being massaged by clear blue ocean water. So gently that only the loosest sand particles dance in a …

To hub or not to hub? A look at Schiphol Airport, Amsterdam, Netherlands

By Peter Rosenfeld
We’ve all been teased recently with rumours regarding Heathrow’s 3rd runway, or was it a brand new airport altogether somewhere way out to the East? Either way, after all the build-up, hype and … 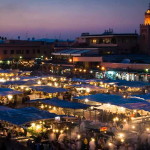 By Paula Gardner
In early 2012 there were nearly two million single-parent families in the UK, a number that has been steadily on the rise for the last decade. So, it comes as no surprise that …

By Dawn Peattie
After battling through gale force winds and horizontal snow, 40 minutes later we made it to the Blue Lagoon. When we got there a bus load of people had arrived just before us …