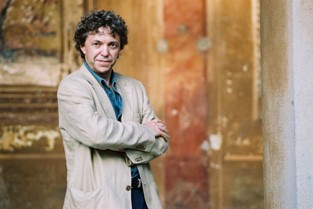 A French pianist who claims he’s never done a day’s work in his life is set for a return performance at the North Wales International Music Festival later this month. Pascal Rogé, one of the greatest interpreters of French piano music, will play pieces by composers including Faure and Dubussy during a concert at St Asaph Cathedral at 7.30pm on Tuesday, September 25th. However, Rogé, the world’s leading French repertoire pianist, says being a concert musician cannot be classed as work in the normal sense of the word.

He said: “It’s a pleasure, an honour and a privilege to perform these wonderful pieces of music. It certainly isn’t work. I would play this music every day if only for my own pleasure. I am looking forward to returning to St Asaph Cathedral as I performed at a previous Festival. I remember it is a wonderful setting with amazing acoustics. And of course, I really enjoy playing before a British audience. The audiences here are very special and knowledgeable. It is always a delight to perform anywhere in the UK but especially in Wales I think.”

The festival, founded by royal composer Professor William Mathias, is celebrating its 40th anniversary this year. Other highlights at the festival include the BBC National Orchestra of Wales, superstar cellist Julian Lloyd Webber, the King’s Singers, baroque quartet Red Priest and the critically-acclaimed Chilingirian Quartet.

Born in Paris, Rogé currently lives in New York with his stunning Japanese wife, and fellow concert pianist, Ami, and says although he may no longer live in France, it’s the music of French composers he’s best known for performing. He said: “I think of Faure, Dubussy, Ravel, Satie and Poulenc as my friends. Of course I have played Beethoven, Mozart and Brahms but these composers are simply gods of the world of classical music. Perhaps I’m more comfortable in the company of friends. And of course I grew up listening to the music of the great French composers.  My mother was a piano teacher and I’m the third generation of my family to become a musician so it was in my genes I suspect. My mother was playing Poulenc’s organ concerto before I was even born so I suppose I fell in love with the music when I was still in her womb.”

He added: “I first sat at a piano at the age of three and I think I have played every day since. I know when I eventually went to school I was amazed, and very surprised, that many of my fellow students could not play an instrument or that music wasn‘t a major part of their lives. I recall my mother having to lock the piano room door to keep me out when she was giving lessons or I’d be in the room trying to give guidance or telling her students that they were not interpreting the music correctly.”

Rogé studied at the Conservatoire de Paris and performed publicly for the first time at the tender age of nine. By the age of 17 he was giving recitals in many major European cities. He said: “Although my mother had introduced me to the works of the French composers my tutors, at the Conservatoire de Paris, encouraged me to play their works. Little by little I suppose French music became more and more important to me. So I decided to make sure I brought the music of these wonderful composers to the world, or at least to as larger audience as I could. I think I’m comfortable with their works and feel relaxed, at home. It certainly has it’s own atmosphere.”

And when Rogé plays solo recitals he does so from memory preferring not to use sheet music. He explained: “It’s not important that you play with or without sheet music but I find I can end up concentrating too much on what is on the page than what is in my heart. However, when I perform with an orchestra, or play concerts with my wife, Ami, I will resort to reading the score from sheet music. I don’t see it as an important issue however.”

But according to Rogé there is only one instrument of real importance – the piano. He said: “All you need is two hands and you have an orchestra of your own. The melody, the beat, every section is there living in the piano’s keys.  I can play on my own I don’t need to have others around me. Other instruments need accompaniment, a pianist doesn’t necessarily. I did try learning the violin as a child but I gave up as I simply wasn’t gifted. It was pointless to keep on trying and in any case, the time I spent trying to play the violin was time I could have spent playing the piano. I love playing the piano with Ami, especially music for four hands, where we share a piano and both play at the same time. It really is the most versatile of all instruments it’s such a shame it’s so big and difficult to move around I suppose!”

Not that Rogé only listens to classical music and says he adores some of the Beatles’ work as well as some of Sting and Phil Collins‘ work. He said: “I enjoy anything that has been written and performed by a human being so long as it isn’t just noise. The Beatles, The Stones are talented, there’s no doubt about it. I also love to listen to jazz. But personally I don’t think anyone can really come near composers such as Debussy. Come along to my North Wales International Music Festival concert at St Asaph and let me explain from my heart exactly what I mean through the keys of my piano.”

The day after the concert Pascal Rogé will be conducting a masterclass for talented young musicians from North Wales.