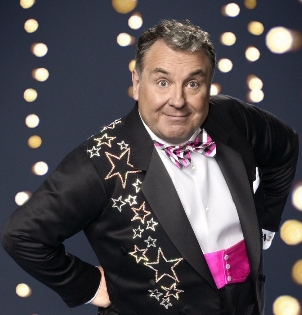 Strictly Come Dancing star Russell Grant has launched a search for some new divas. The popular TV personality has announced audition dates for his new showbiz spectacular in collaboration with Coleg Harlech. The production will offer potentially life changing opportunities for young people who are not in work, education or training and those who are at risk of becoming so. He’s urging people to come along and take part in the glitzy production which is set in 1960s New York and revolves around five of the most famous musical divas including Edna Turnblad from Hairspray and Dolly Levi from Hello Dolly.

Speaking from the West End in his latest role in Andrew Lloyd Webber’s Wizard of Oz at The London Palladium, Russell said: “I want young people to know experience is not necessary, but enthusiasm is a must. People shouldn’t worry if they’ve never been on stage before, if you want to come along and have a go you’ll get a warm welcome.”

Strictly Divas is a Coleg Harlech Performing Arts School production which has been funded with help from a joint initiative by the Welsh Government, ESF and the Arts Council for Wales via a project known as Reach the Heights.

Reach The Heights is aimed at reducing the number of young people in Wales who are not in education, employment or training (referred to as NEET) or are at risk of being so. The project has helped more than 5,000 young people to date and it is hoped that Strictly Divas, which follows on from the hugely successful production of Bliss last year, will help even more young people.

Carys Wigglesworth, development worker for short courses at Coleg Harlech, was heavily involved in organising Bliss and will also be leading the way with Strictly Divas. She said: “We are hoping for something even bigger with Strictly Divas. It is really important to create these sorts of performing arts opportunities in Harlech for young people. Russell is a lovely person and such a terrific asset to have on board for something like this and he really does infuse the whole production with his enthusiasm and larger than life personality. All those taking part will get a tremendous amount from it. It is great for confidence building and general life skills and our young performers will receive a certificate at the end of it which can be useful as something for a CV or when applying for another course. Being part of the build up and performance in front of a live audience is a terrific experience and I would urge any budding young starlet who has even an inkling that they would like to take part to come along to one of the auditions.” 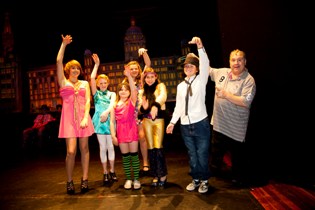 On March 16 at 7 pm and March 18 at 12 noon there will be auditions for acting for 17-19 year olds. Additional auditions for under 19s will be taking place over the Easter weekend but dates and times have yet to be confirmed. The actual performance will be on June 7, 8, 9, and 10 with rehearsals every weekend from March 18 onwards until June 2 when the final preparations will take place over the five days leading up to the first performance.

Russell, who started his career as an actor and later became a well known TV personality, revealed he would like to see something classical from people in the acting auditions. “It can be a modern classic such as Dylan Thomas and Arthur Miller or they can go for Shakespeare, a poem of their choice or perhaps something they have written or composed themselves. For the singing they can either sing a cappella, they can bring a backing track or be accompanied on the piano. With the dancing, I am not expecting the full Bolshoi or something good enough for Diversity, I just want people to show me they can move and have got a bit of rhythm. The auditions are very cosy and relaxed and I like to make time to chat to everybody. It is important because they have taken the time to come to the audition.”

Russell feels strongly there is creativity and the ability to perform inside everyone, something he was able to show himself during his very successful stint on Strictly Come Dancing at the end of last year. He said: “I would love to share some of that wonderful experience with other people and help them realise their true performing potential and that’s my motivation for helping with Strictly Divas.”

For more information about the auditions call 01766 780363 or email c.williams@fc.harlech.ac.uk

There is also a Facebook page dedicated to the production.

To find out more about Coleg Harlech go to www.harlech.ac.uk