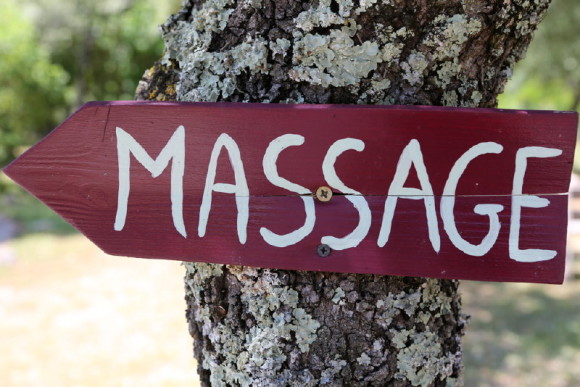 Let’s face it, going camping isn’t everyone’s idea of the ideal vacation. Some couples would rather choose to spend time apart rather than endure time together in a tent. That said, they probably haven’t enjoyed a holiday on a five-star campsite.

The first French site to be given that quality accolade is the Domaine de Massereau on the outskirts of Sommières, in the country’s southern Gard department. The historic town – with 5,000 inhabitants, a Roman bridge and a medieval core – lies between Nimes and Montpellier, a 30-minute drive from the nearest Mediterranean beach. If you appreciate good wine you’ll know this is the sun-kissed Languedoc-Roussillon region.

Wine, funnily enough, is the reason the family-run camp site exists. It was opened in 2006 – a time when the Domaine de Massereau wine estate was struggling to sell its produce. Just as back then, the campsite sells only wine produced in the estate’s winery. The concept was simple but clever – create a captive audience for the wine.

In a region which was over-producing, vineyard owners were having to come up with innovative ideas to shift their output. Efforts have subsequently been made to cut yields and raise the quality of the wine being produced in the Gard. The area given over to vines has been reduced and modern techniques have been adopted by winemakers. The result is higher quality wines.

Maybe the promise of an unlimited supply of wine is enough of a bribe to convince your other half to come here camping? If you do choose to stay at the Domaine de Massereau you can find out more about the wine production process by taking a tour of the winery and its cellar.

Staying at the six hectare campsite doesn’t necessarily mean you have to stay in a tent. Roughly half of the 149 pitches is given over to cabins. They stand next to tents and mobile homes to ensure the site has a good social mix. A number of the chalets have televisions, iPods, washing machines and other mod cons. Look upwards and you’ll see routers on pylons. They ensure guests can make use of free Wi-Fi throughout their stay.

Unfortunately many British people have been put off the idea of camping due to bad experiences. Wet weekends. Campsites with third-rate facilities, including dirty loos and showers dribbling cold water.

The wash area at Camping du Domaine de Massereau is impressively clean. It was renovated over the winter of 2014-15. It has three wheelchair accessible shower and toilet facilities plus two family areas. In total there are 40 shower cubicles.

The dishwashing area has a book exchange. The books, in a number of languages, are ranged on shelving over the basins.

Throughout the high season unannounced jazz and blues concerts are held, once a week, on the site, which has 300 sun-loungers ranged around it.

The restaurant serves gourmet cuisine and is located within the sightline of the two swimming pools. One of the pools is heated to 29°C and has slides. The other is designed so that people can swim laps.

Vaporisers intermittently spray a cooling mist over the loungers situated between the pool and the restaurant. This helps sink the temperature by about three degrees. A welcome drop on hot summer days.

The shop sells international newspapers, food and – you won’t be surprised to hear – bottles of the estate’s wine.

If you’re feeling sporty you can head to the tennis courts, play mini-golf or join a game of basketball or football. You could also play petanque. The onsite activities mean that some families remain here for the duration of their vacations.

The voie verte, meaning the ‘green way’, is laid out on the former railway line running in the direction of Nimes from Sommières. It’s popular with cyclists, as it means they can explore the countryside well away from traffic. The track is accessible from the campsite.

For adventure junkies there’s a leisure park with a high ropes course, ziplines and a number of other activities. If you’re up to it you can swoosh 200 metres over the River Vidourle.

The Domaine de Massereau certainly isn’t your average campsite. If you do find yourself thinking about a trip to southern France it’s well worth considering, even if you were one of those couples who’ve previously ruled out the idea of camping holiday.

To discover more about the campsite and its facilities, visit the Camping du Domaine de Massereau website. The site is at Les Hauteurs de Sommières – Route d’Aubais, 30250 Sommières. Call +33 (0)4 6671 7464 for more information.

See the Sommières Tourist Office website to learn more about tourist attractions in and around the town.

To find out more about the department take a look at the Gard Tourisme website.

Rail fares from London to Nimes start at £121 for standard class returns. To book visit the Voyages SNCF website or call 0844 848 5848. You can also call personally into the Voyages-sncf Travel Centre at 193 Piccadilly in London.

The campsite is open from the spring through to the autumn. It is at is busiest during the peak holiday season, throughout July and August, for which bookings should be made well in advance.